Communicate and Express your views as expert on Instrumentation & Control Systems, and associated Business and Markets.
Please register and use the Dash Board on the right side of Blog menu to blog.
Font size: + –
Subscribe to this blog post
Print 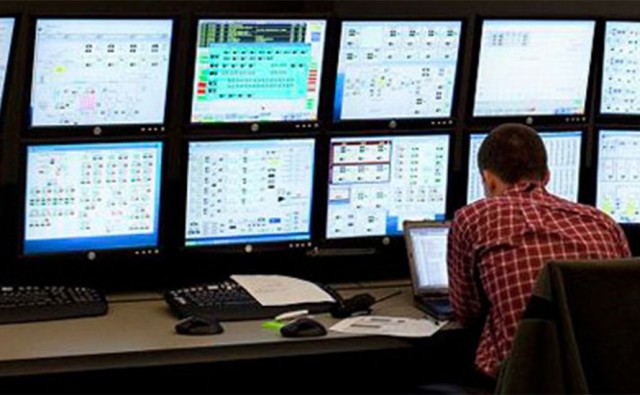 What are the attributes and characteristics that differentiate the DCS system from the PLC. The topic has remained under debate for long, and especially today when we have already entered into new era of Hybrid Distributed Control Systems, it is not an easy task to select and differentiate the advantages and drawbacks one can get from different systems for the intended application.

Let us first roll back to the history of DCS and PLC. Process plants used to have long series of panel mounted Single Loop Controllers (PID controllers). In Single loop controllers, the control was non-centric and distributed. In early 80s, manufacturers came up with an idea of integrating all the PID controllers to a central digital system still maintaining the distributed concept. However in 90s, Manufacturers started providing a complete solution, for a particular application or plant, readily configurable, programmable and installable with concept of central controllers replacing hard PID controllers. Proprietary Systems were developed comprising of Controllers, HMIs and Instrumentation, a concept of single window and seamless pre-integrated solution.

This whole package also progressed to the concept of Distributed Control System (DCS) providing distributed control, expandability and unit control integration via remote controllers, I/Os or HMIs. Though in many of the current applications, only redundant controllers are used. DCS were designed basically to control continuous processes. As such, a large number of the installed inputs and outputs in the DCS are analog like a 4-20mA or 0-10V signal. In major process industries such as Oil & Gas, where Process Control is the main steam application, DCS got popularity due to the obvious reasons stated above and historical perspective. Now a days, DCS technology is open in terms of networking and integration with PLCs as well as third-party devices .

On the other hand, whole discrete logic, discrete manufacturing in particular, used to be implemented with relay circuitry in early 80s. When simple programmable controllers were introduced in the market, these were considered natural choice to replace or augment relay circuitry, as it allowed better and quick modifications or additions of logic control. Programmable Logic Controller were introduced with the ladder programming softwares similar to relay wiring concept, which led to its popularity. PLC also got popularity in context of integrating with third-party windows based HMIs using the communication protocol Dynamic Data Exchange (DDE) available in the operating system. This led to enormous growth of PLC and HMI technology, features were continuously added and started to compete with DCS leading towards total solution. As Microsoft operating system continued to evolve, so the HMI and communication. OLE for Process Control (OPC) emerged as industry standard for communication, and latest version such as OPC-UA which can be integrated seamlessly over a wide network i.e www.

Now a days, PLC technology are so diversified that a concept of distributed can also be achieved through innovative architecture implementation covering multiple controllers and HMIs. PLCs are also employed for the purpose of process control, with PID control, alarming, math calculation, etc, exactly the same as a DCS, including dependable redundant systems for critical processes.

Now a days, a large number of DCS and PLCs are available from various manufacturers worldwide, and compete with each other in various exclusive applications. In addition to the above history, various features and characteristics are provided here for general understanding:

1) DCS are designed or made available to the user in a way that configuration in the form of a Functional Block has to be carried out in the controllers and allows seamless integration with the HMI component and instrumentation by the same manufacturers. Many DCS now provides packages to prepare such configuration files i.e excel / csv files, at the design stage or detailed engineering when P&ID or Instrument list is being prepared by EPC, which can be directly uploaded into the system without requiring manual entry. This reduces works, errors and modification time. Efforts are more driven towards the part where customized application needs to be developed i.e process logic, Cause & Effect, motor control etc.
In case of PLC, complete programming, in general, has to be implemented using any one of the available different languages in the system. Functional Blocks are also available in the PLC systems, which really makes it comparable to DCS, and a system can be developed by the engineer to arrange an integrated database similar to DCS to reduce the work. Some vendors have come forward with innovative solutions to convert a PLC into hybrid design.

2) When DCS started emerging in the market, idea was to supply DCS with whole bunch of hardware and software packages including instrumentation and Human Interface, necessary for the complete automation of the plant, thus facilitating Single Point Configuration in terms of database and communication. Eventually, Human Interface did not need separate communication package i.e OPC / DDE servers, to communicate with the controller. However, DCS are now available with the open communication technology i.e OPC, which facilitates to integrate various third party system(s) at one point. DCS may also include higher levels of application software(s) such as Regulatory, Batch and Advance Control.
In case of PLC systems, PLCs were not supposed to be one window solution but competition with DCS forced the PLC manufacturers to offer additional softwares and packages.

3) Many DCS are designed such that it is possible to configure cycle time for each Functional Block, which are the basic execution units. This way important tasks can be prioritized. This functionality has been introduced in PLC systems(s) in some form as well.

4) A DCS has inherently multiple processor capability thus making the functionality distributed across a network. In a typical multi-processors (multi-node) DCS architecture, Engineer has to put in less efforts for inter-communication of the processors or one controller can easily access the Tag(s) from the database of the other .i.e the input of FB in one controller can be output of FB of the other controller. DCS are provided with software packages to reduce system design, programming, integration, installation and maintenance cost. In case of PLC, an Engineer may need to change the database or modifications at multiple points which is a cumbersome task, thus increasing life cycle cost of the project. However, PLC vendors are now offering advanced packages to reduce such headache.

5) PLCs are still being used at remote stations as RTU because of their simple, small and cheaper architecture as well as engineering cost instead of DCS controllers. However, DCS may be installed as the central system in a large scale SCADA network. In a typical SCADA scenario, one DCS is connected to many PLCs systems.

6) Being Discrete in nature, PLC was natural choice of manufacturer and end-user to apply it for a Safety System. This led to production of specialized safety system conforming to SIL3 certification in accordance with ANSI / ISA 84.00.01-2004 or IEC-61508 / 61511. Safety Systems provide enhanced self-diagnostics, fault-tolerant, redundancy of controllers and I/Os with increased reliability over the simple PLC platform.

7) Other important factors such as life cycle cost, application , system integrity, reliability, maintainability, expandability, redundancy, server / client setup, alarm management, open communication, historical logging, intelligent statistics and learning / training should be considered in selecting the type of technology. How much support is available from the vendor for the operation & maintenance matters most to the Operators now. This has resulted into ‘Solutions Packages’ by vendors to their customers instead of simply offering individual products. Whether be a DCS or PLC, it must come in a solution package along with post installation services. More and improved System functionalities have made these system require strong integration between the operator / user and the manufacturer.

9) Both DCS and PLC manufacturers are now offering advanced PID tuning and Alarm Management packages, whereas such solutions are also being offered by third-parties which integrate with many DCS and PLC platforms.

Today, a lot has changed, it is difficult to distinguish between two systems in terms of its main features. Differences between the two has virtually reduced also due to Programming / Configuration language standard IEC-61131.The hardware and software functionality of the PLC has evolved over the years to include sequential relay control, motion control, process control, distributed control systems and networking. If the PLC will be controlling a machine that requires very fast response times, a PLC is the best choice. A DCS controller can have a fast response time, but that’s not what it’s intended for. However, in major industrial areas and structured markets, it is practice to deploy DCS for large base process control and PLC for safety, machine, skid-based system, unit or remote control. Perhaps, for a large install base like more than 500 ~ 1000 I/Os system, cost of integration, installation, addition / modifications and maintenance per I/O would be less in case of DCS system.

About Author: Asif A. Khokher is a seasoned Instrumentation & Control System professional based in Pakistan with 19+ years of diversified international experience in the Project Management, Business Management & Engineering working with various multinationals covering Consultancy, Basic & Conceptual Design, Front End Engineering, Detailed Design & Engineering (EPC), Control System Solutions & Integration, Commissioning & Start-ups. He is qualified Electrical Engineer with Masters in Business Management, and Certified Automation Professional (ISA-CAP). He also delivers trainings and can be reached at This email address is being protected from spambots. You need JavaScript enabled to view it.